10
SHARES
62
VIEWS
Share on FacebookShare on TwitterShare on Reddit
It seemed, after Ubisoft’s conference in which about half the games on show weren’t due until 2018, that we were now beyond the period of E3 showcases focusing on the current year. Sony demonstrated that in some force last night. Sony mostly focused on games coming out next year in the main show, and getting this year’s games out of the way in a pre-show event. The majority of the games we saw were also games announced at last year’s E3 – meaning brand new reveals were thin on the ground. That doesn’t take away from the huge names involved in this year’s show, though, so here’s our round up what was unmissable from last night’s event.

A fresh look at Uncharted: The Lost Legacy

Due out on the 22nd August, this Uncharted game is a standalone adventure featuring a pair of fan favourite characters from the main series. Even with Nathan Drake nowhere to be seen, the trailer was full of Uncharted goodness and a solid demonstration of the future of the series beyond the original trilogy.

As predicted, Sony announced a new expansion for Horizon Zero Dawn. Due some point during this year (though, hopefully, not the same week as the Breath of the Wild DLC…), the new content will take Aloy to a new, wintery location beyond the northern mountains. It’s a meaty pack of new content, with new story quests, a large new location and new robots to slaughter and dominate. Horizon was a bit unfortunate in having to directly compete with Breath of the Wild when it came out, so hopefully this DLC pack will allow it to grab some attention back when it lands.

Shadow of the Colossus on PS4

The original Shadow of the Colossus launched right at the very end of the PS2’s lifespan, and it really showed. The game was an amazing visual triumph for the console at the time and with the impressive gameplay that came with those visuals, it quickly rose to the top of many people’s lists for “best game ever”. This remake for the PS4 – set for release next year (for now) – elevates the ambition of the original game with insanely impressive modern day visuals.

Monster Hunter originally got its big break on the Sony PSP. The Japanese quickly fell in love with the game, despite its somewhat murky visuals and obsessive stat-counting gameplay, and the games slowly developed a cult fanbase throughout the rest of the world. In recent years, it’s fair to say that Nintendo’s been hogging the series between its Wii, Wii U and 3DS platforms. There’s even an updated version of Monster Hunter XX coming to the Switch this year. It’s been a while since Monster Hunter was last released on a Sony console, though. Monster Hunter World – also coming to the Xbox One and PC for the first time – is the very first ‘full HD’ Monster Hunter and seems to make use of a whole new game engine. It’s certainly the prettiest looking Monster Hunter – though it’ll have to make a lot of its game play much more accessible to entice many new Western players. The game has a drop-in-drop-out online co-op system, a large, seamless, open world and for the first time in the series’ history will be a simultaneous worldwide release when it launches in early 2018 on consoles.

Some VR – but is it enough?

There were a few PSVR announcements last night. In effect, the 8-odd minute segment at least demonstrated Sony were still behind the PSVR itself. However, there still wasn’t a huge commitment behind new AAA titles for the hardware. Some positives, though, included an update to Skyrim on the PS4 to include a VR mode and a couple of interesting third-person games – something we don’t see a lot of in VR. Most interesting of those was Moss, seen above. The game effectively stars an autonomous mouse with a sword, but you can interact with her and the world around her to solve puzzles and get her through the adventure. Meanwhile, Final Fantasy XV returned with another mediocre-looking VR ‘experience’ lifted from the main game in what we’re now officially calling Final Fantasty Fishteen.

Days Gone continues to be uninspiring despite itself

We really want to like Days Gone. The game looks visually fantastic, the open world looks fun to explore, and there are some interesting mechanics at play in terms of trapping and distracting your foes. But it’s just really hard to get enthusiastic about yet another post-apocalyptic zombie game that was clearly dreamt up after a Walking Dead marathon. It’s also a little discouraging that between Days Gone, Horizon Zero Dawn and the new God of War, Sony’s first-party adventure games are all starting to look and play extremely similarly. It’s a problem Ubisoft started to suffer from in recent years. All their games started to kind of merge into the exact same formula as features and mechanics were being reused for the sake of time. It’s now showing up a bit too much in Sony’s first-party fare. Our other major concern about the game play shown in Days Gone is that it looks a lot like world-events, such as the zombies storming the human camp, are very scripted affairs. In the new world order of open world adventures, games that rely on scripted set pieces over emergent gameplay driven by underlying game systems and mechanics are starting to look somewhat dated already.

The Destiny 2 trailer was light on gameplay and light on details overall, but did reveal the prune-faced big bad of the new game. Following on from the popular introduction of melee weapons in Halo 2, Bungie appear to be sticking to form with the introduction of swords in Destiny’s sequel. As expected, Playstation continues their deal with Activision for exclusive Destiny content for at least 1 year.

Quantic Dream’s games have always been more story-driven than gameplay-driven. To the point where you end up with games like Heavy Rain, with neither very good gameplay nor a very good story combining to make an ambitiously made, but ultimately deeply flawed game. Detroit: Become Human’s trailer was very light on anything you could call gameplay – though it did highlight just how it might present the narrative choices the game centres around to the player. The story certainly looks more fleshed-out and solid than Quantic Dream’s last two efforts and the breadth of the branching narrative demonstrated in the trailer is certainly their most ambitious so far.  There’ll still be at least another year to wait to see if they can stick the landing this time, but it is looking positive.

The new God of War continues to be impressive both visually and emotionally. Representing a much deeper look into the life of Kratos than any previous instalment doesn’t mean the game shies away on action, though. It may not be the open hack-n-slash button mashing of the originals, but the combat looks significantly better for it. Focusing on the Norse Gods this time means there’s a whole new pantheon for Kratos to slaughter, and this time he’s got his kid, Atreus along to help. Far more than a story-driven encumbrance, Atreus will contribute to the combat and help out from afar. As mentioned in the Days Gone, summary, though, the burgeoning open world gameplay of the new God of War is already seeming a bit over-familiar. The naked ambition of Kratos’ new adventure certainly makes it stand out a lot more than Days Gone, however. Whatever the concerns may be about such similarities, though, it’s still hard not to be massively excited about this game.

Spider-Man drops the biggest announcement of the night

The first thing to point out – and the only negative thing about the entire Spider-Man presentation – is that the game still isn’t coming out this year. That disappointment, aside, however, our first proper look at the gameplay for Insomniac’s Spider-Man was incredibly impressive. Cribbing hard from the Batman Arkham series, it’s got some instantly recognisable takedown/combat gameplay. But it’s always really felt like the Arkham combat was like placing Spider-Man style combat into a Batman game in the first place, so it instantly feels at home. Where Insomniac have truly excelled, though, is in nailing both the aesthetic and written tone of Spider-Man perfectly. The game is bright and colourful, and Peter Parker never goes more than a minute without dropping some context-appropriate quip. The gameplay, beyond the takedowns, focused a lot on set-piece action scenes and quick time events. But on the whole everything seemed fluid and more like the game was simply directing the player through the wide open world, rather than down narrowly designed set levels. 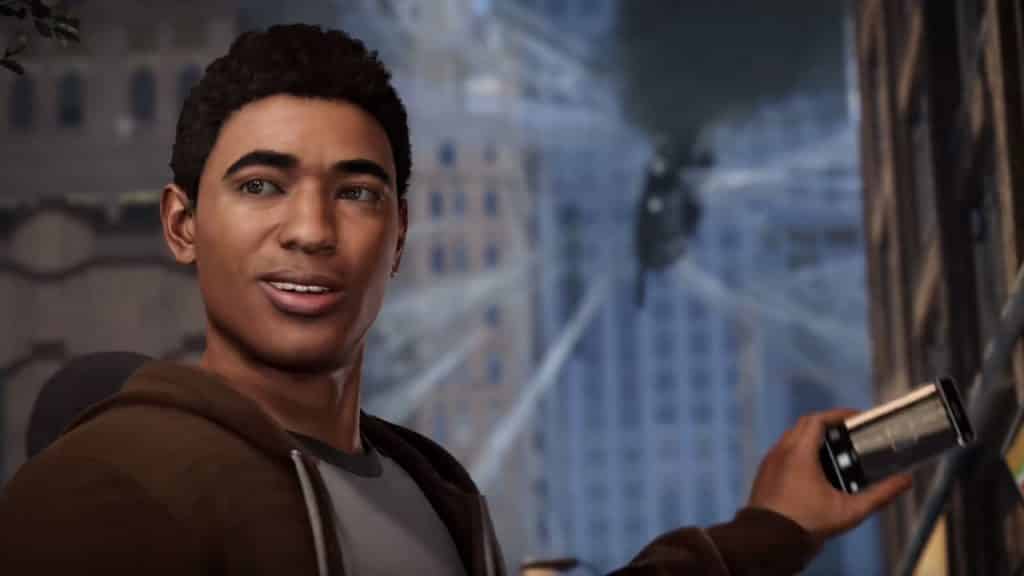 Perhaps biggest of all reveals from the game, though, was a short sting Sony cut to after the ‘credits’ of the trailer. Making his video game debut was none other than Miles Morales – better known as the Ultimate Spider-Man. It will be exciting to see just how he fits in to the rest of the game. As the reported first step on path to a video game shared universe ala the Marvel Cinematic Universe, Sony’s Spider-Man will be an incredibly important game beyond even itself. But from what we’ve now seen, it definitely looks like they’re on the right track. We genuinely cannot wait.

As the last of the true ‘conferences’, Sony failed to take the crown for best presentation from Ubisoft – despite some impressive staging in between trailers. Bearing a striking similarity to Bethesda’s presentation of simply running trailer after trailer, it managed to lack any of the charm of the Bethesdaland links to go with it. It’s hard to argue with a lot of the huge games that made up the content of the show, though. By far, Sony had the strongest showing of the most AAA content. The only real shame is that so little of it will seemingly be playable before next year’s E3.
Enjoyed this article? Please take a second to support GameCrash on Patreon for more!