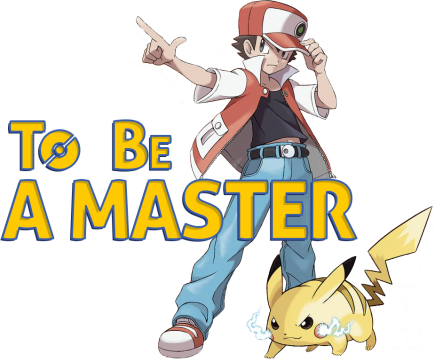 Mickey Mouse, Spider-Man, Pikachu. All very different characters with arguably at least one thing in common: it’d be incredibly difficult to find anyone in the world who wouldn’t recognise a picture of them immediately.

And yet, the public face of the entire Pokémon series and an unmistakable pop culture icon started life merely as Pokémon #025 in a pair of games that didn’t have so much of a hint of the yellow rodent anywhere on the boxes.

While Pikachu is number 25 in the Kanto and National Pokédexes, it’s actually the 84th Pokémon programmed into Red & Green. This position makes it one of the later designs, introduced around the time that the concept of evolving cute Pokémon into bigger, stronger, more aggressive Pokémon first came about during the games’ development.

Initially, this was to play out with a third stage after Raichu – Gorochu – ostensibly a horned, fanged version of Raichu. But along with dozens of others, Gorochu was dropped before the games were released.

Although inspired by the mouse-like Pika and named after the Japanese equivalent of the “squeak” noise a mouse makes (“chu”), designer Atsuka Nishida based the original design more on a squirrel – hence the big tail and round cheeks.

Pikachu might not necessarily have been Nishida’s first-ever Pokémon design. Indeed, she once stated that Pikachu’s black ears are a remnant of an even earlier iteration where she’d first designed a ‘daifuku‘ mochi with ears. Still, her later creations – including most of Generation 1’s starter Pokémon, the Weedle, Oddish, Ponyta and Bellsprout lines – were all added to the games after the Pikachu line, so it is at least her first actual Pokémon.

In the Red and Green games, Pikachu is a relatively rare Pokémon. While players can encounter a wild Pikachu as early as the Viridian Forest, it is the hardest Pokémon to find in the location at just a 5% encounter rate. Eventually, you can find one at a much more reasonable 25% rate within the region’s abandoned power plant.

Still, this area is only accessible after defeating Koga, the Fuschia City Gym Leader, placing it quite close to the end of the game. It’s also far from being the star attraction in the location as this is also where you’ll be able to find and capture the legendary Zapdos.

But even at this early point, Pikachu’s rarity was a sign of the popularity it would one day attract, and absolutely no accident. During the development, one of the developers was immediately enamoured by the cute Pokémon’s design and deliberately made it a rare find as “it was a Pokemon he just wanted to catch, just for himself”.

The animated adventures of Ash and Pikachu

It wasn’t until Pokémon had already become a massive success in Japan on its own that Pikachu really entered the starlight itself. An animated series based on the games had been commissioned, and the producers were now on the hunt for the series’ stars.

The human trainers were simple enough roles to cast. Satoshi and Shigeru, named for the creator of Pokémon, Satoshi Tajiri, and Nintendo’s Shigeru Miyamoto respectively, took on the parts of Red and his rival Green from the games. The first two Gym Leaders that players would encounter in the games were adapted into being Satoshi’s companions, while the game’s villains – Team Rocket – were represented by two recurring comic relief characters based mostly on well-known anime tropes.

Now they simply needed an actual Pokémon character to be the face of the show. Thanks to Pikachu being so cute that even the developers didn’t want other people to be able to have one, and the excitement caused by its resulting rarity as Japan went Pokémon-trading-mad, it was immediately a top candidate.

But, Pikachu wasn’t the first on the list. Instead, the role originally went to Clefairy.

CoroCoro magazine, credited with a lot of the success of Pokémon in Japan as a result of its extensive coverage of the games, had already started running a manga series based on the games and had chosen to give their protagonist, Red, a Clefairy as his main Pokémon. Following on from the modest success of that manga, the animated series initially paired Satoshi/Ash with a Clefairy as well, teeing it up to be the mascot for the entire franchise going forward.

But, having seen the impact Pokémon already had on Japan, plans to release it in America and Europe were quickly ballooning from being just another game localisation. Realising that the Pokémon anime would be a significant part of turning the games into a global franchise, it became more important to find a Pokémon star that would have a broader appeal.

So, Clefairy was out, and Pikachu was in. Pikachu’s design was determined to appeal more to both boys and girls, as well as across both sides of the Pacific. Being already a reasonably popular Pokémon in Japan, the cute yellow mouse fit the bill perfectly.

While Pikachu’s pop-culture peers have disseminated through various iterations and media interpretations since the 1920s, it still seems remarkable that Pikachu itself has only been around since 1995, and wasn’t even the first choice.