Nintendo reportedly planning a new version of the Switch for 2019

11
SHARES
66
VIEWS
Share on FacebookShare on TwitterShare on Reddit
The Wall Street Journal (paywall link) has reported today that Nintendo are planning on introducing a new version of the Nintendo Switch next year. Since it would be as un-Nintendo-like as to not cock up doing basic online multiplayer stuff for them to not ultimately refresh the Nintendo Switch’s hardware, it’s far from the first time this rumour has come up. But this is the first credible sign that something is coming so far. The initial report claims that Nintendo’s aim is to keep driving the originally high sales momentum of the Switch forward and avoid falling behind of its competition. But that also ignores the elephant in the room that’s at least somewhat behind Nintendo’s apparent decision to push for users to upgrade. That is the unpatchable flaw in the nVidia Tegra chip on board every Switch that has left the console vulnerable to hackers running unlicensed code, and – as this is Nintendo we’re talking about – most importantly, emulators, on the system. The Switch Operating System was updated earlier this year to support a new version of the Tegra chip that presumably would fix the original’s vulnerability, but the only way to completely patch the hole is to get people to buy a new Switch with the new chip. However, previous Nintendo handhelds have had very obvious problems/limitations with their very first versions that lent themselves perfectly to a well timed upgrade. The addition of more colours than baby-poo-green to the GameBoy; the ability to actually see the screen on the GameBoy Advance; a much sleeker, lighter design for the DS that you wouldn’t be ashamed to be seen in public with. The Nintendo Switch just doesn’t have a lot of obvious issues that users are clambering to spend another £200+ on to upgrade for. So what might we expect to see if/when a new version of the Nintendo Switch rolls out onto shop shelves next year?

The WSJ cites suppliers for the hardware as the source for their leak, and then specifically references the possibility that the device might have an upgraded display. So, adding two and two together, it would seem quite likely that an upgraded screen would indeed be part of any new hardware revision. An update to the type of screen – from LCD to, for example, OLED – seems unlikely due to the increased costs it would imply. Increasing the maximum resolution of handheld mode from 720p to 1080p is certainly a possibility, but one that comes with questionable benefits and a a larger list of negatives. The physical size of the Switch’s screen flatters the existing 720p resolution, so there would hardly be a significantly noticeable visual upgrade made by increasing its output. It would be better, for sure, but it’s debatable if it would be worth the increased ‘cost’ in existing processing power to output more pixels or the battery power required to deliver them. But on those notes…

Other rumours about an update to the Nintendo Switch from earlier this year suggested that a ‘4K’ version of the device was forthcoming. Whilst that’s as likely as Microsoft surprise announcing that Scalebound is actually coming out after all, boosting the power inside the Switch does make sense as part of any hardware update. The custom nVidia Tegra X1 chip that powers the Nintendo Switch could potentially be up for replacement with its more powerful big brother, the X2. Few devices currently use the chip and it’s already set to be superseded by the significantly more powerful ‘Xavier’ chip this year, so it now likely fits into the same cost/maturity position that the X1 did back during the Switch’s final development. If the X2 did end up inside the Switch, the power benefits would be significant. A faster CPU/GPU, faster memory and up to a third more pure grunt force might not put the Switch on a par with the other consoles but it would help keep Switch ports of games like DOOM and Wolfenstein at a competitive level and would be crucial in meeting a consistent target of 1080p, both docked and undocked. A fine-tuned, optimised and higher-clocked version of the existing X1 chip could still be on the cards to deliver a more modest boost, but it would seem unlikely that a headline upgrade in power could be made without the leap to the X2. And yes, the names are X-Men themed and there’s a very good reason they didn’t call the the third one ‘X3’.

More power for your power

One upgrade most Switch owners would ask for without much additional thought would be more battery life. It’s not that the Switch’s battery life is appallingly poor but more will always be better. Any additional power output, any resolution upgrade to the console’s display, would all come with a battery cost that Nintendo would need to balance out in a significant way. A benefit to including more capacity to offset more power used by newer games and features is that existing games or games that use less power already – like many of the indie games that have become rock-solid staples of the Switch’s library – would see an overall longer average battery life. This seems like a lock-on for any new version of the Switch, and is an enticing prospect all by itself. 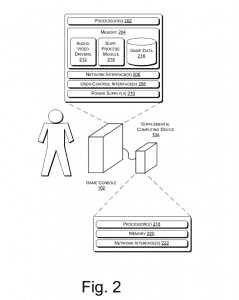 In the days before even the codename ‘NX’ had been uttered online, talks about what would eventually become the Nintendo Switch and its dock included details from Nintendo patents that indicated that the dock could be a lot smarter than the HDMI switch it currently is. Original leaks, rumours and theories indicated that the part of the system hooked to your TV would have brains of its own, a GPU of its own and the ability to boost the power of the handheld device when connected. Ultimately, none of that came to pass – likely down to cost as much as anything. But it wasn’t just the possibility of being able to visually rival the PS4/Xbox when docked we lost out on with that. The asymmetric gameplay that the Wii U was capable of – where the console could show different images on the TV than on the Gamepad – is something the Switch sadly lacks and was basically the one and only thing the Wii U had going for it at all. A smarter Dock, with either its own components or the ability to stream from an undocked Switch, could allow for that kind of gameplay to return. Of course, as well as any technical hurdles, possibly the largest hurdle to that idea is the increased cost it would undoubtedly add. That makes it unlikely to happen any time soon, but perhaps we could see something similar down the line.

While previous hardware upgrades from Nintendo have meant certain titles were only available on the most recent, most powerful, versions of those systems, it’s thankfully unlikely that the same will be true of the Nintendo Switch. In an era of gaming where total forward and backwards compatibility is becoming an expected baseline – as demonstrated on the Xbox One X and PS4 Pro – releasing a game 2 years into the Switch’s lifespan that some owners couldn’t play is an utter non-starter. Unfortunately, that’s often the kind of sentence uttered immediately before Nintendo does something wondrously stupid again. Thankfully, the ability to dynamically change the graphical grunt used by a game on the Switch is already built in. It’s exactly what the Switch does when moving between docked and undocked modes. An additional option for a Switch ‘Pro’ – or whatever otherwise meaningless name is ultimately assigned to the new hardware – that delivers the most capable version of a given game is all that’s required to give developers the tools to handle this new system. (Obviously, it is actually a fair bit more complicated than that, in actual development terms, but the basic building blocks are all already there). 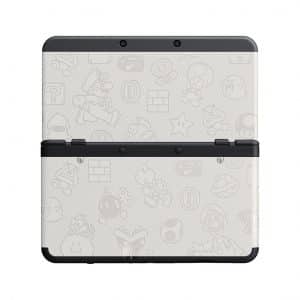 When the New 3DS was released, Nintendo decided to give prospective owners of the smaller – objectively worse – version a plus side to go with the down side of the screens being the size of a postage stamp. Swappable face plates allowed owners to customise their 3DS at their leisure. As well as officially licensed plates, it wasn’t hard to get fan-made ones that fit the system, so the sky really was the limit. Naturally, because there was literally no other justifiable reason to not buy the New 3DS XL instead, it never really caught on and Nintendo decided to focus on making limited edition 3DS and 2DS XLs instead in the end. But, perhaps Nintendo Labo’s own bent towards customising the kits will rub off on Nintendo and we could see some way of making your new Nintendo Switch truly your own. It would at least somewhat make up for the disappointing lack of special editions we’ve seen of the hardware so far.

If there’s anything else you’d like to see on the new version of the Switch – or that we’ve egregiously entirely missed – please leave us a comment below or drop us a note on Twitter, Facebook or by writing your message on a rock and hurling it vaguely in our direction.
Enjoyed this article? Please take a second to support GameCrash on Patreon for more!